Making cheese at home: Wake Up! 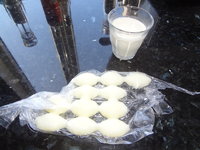 For me as a hobby cheese maker I have access to one variety of each. I know that there are more varieties but I simply don’t have them.

The thermophylic bacteria used for example to make Mozzarella, Leerdammer or Emmental are easy to obtain. A very knowledgeable member of this cheese forum advised to use Greek style yogurt because it contains several strains of bacteria that are very suitable for these cheeses.

So when I want to make one of the cheeses that require thermophylic bacteria I act as follows: I warm up the milk to the temperature mentioned in the recipe and I add 3 table spoons of yogurt per 10 litres of milk directly to the milk and stir it in. Very simple.

The mesophylic culture is a bit different. I store the “mother culture” in the freezer in the form of ice cubes. When I began this cheesy hobby I added the frozen culture directly to the milk. This did not work at all. It took much longer for the milk to coagulate. Eventually it did, but it made me very unhappy when milk remained milk when I was expecting sort of pudding. Since I was only a beginner I really became nervous and stressed. What was wrong? Did I use the wrong milk? Was the temperature wrong? Was the recipe wrong? Was the culture dead? Did I kill it with my sterilizing skills? This is not really a relaxed hobby.

Now I know a little better and I have to say that making cheese is a hobby that gives me a lot of peace in my mind. I find it very relaxing. Beer, wine, and cheese making are hobbies that made me think a lot about what could be happening. 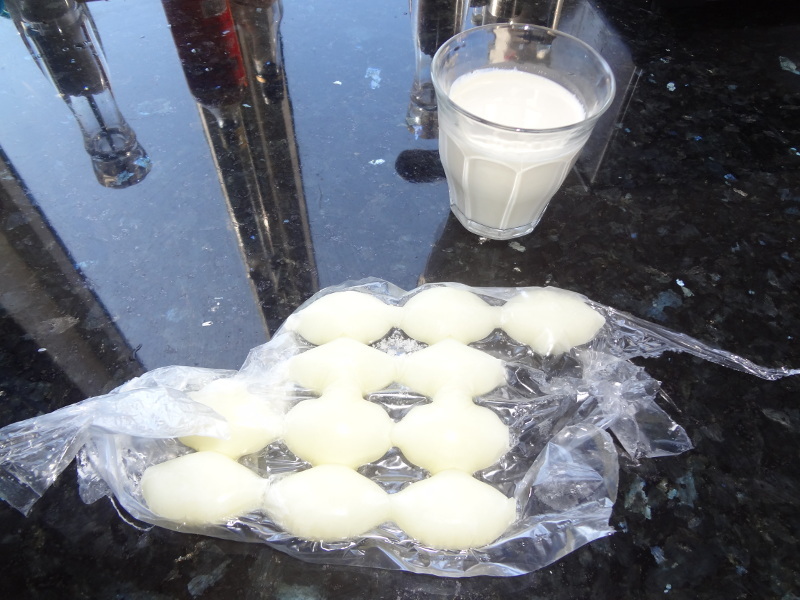 So what could be happening that made the milk not coagulate?

I was making wine already a long time and in the back of my mind there is the knowledge that dried yeast needs some time to rehydrate and get used to the environment before they start to work. So I tried to imagine that I was a mesophylic bacterium that was frozen for months and then suddenly was put in 30 C milk. I think I would be rather confused and definitely not ready to go to work. Of course it is nonsense to pretend to be a bacterium but it still solved my problem.

So what I do these days is this:

In the morning I add a cube of the frozen culture to a glass of milk and cover it so nothing can drop in. After about 3 or 4 hours I start making cheese. By now the bacteria has converted all the milk to active “mother culture”. So when the recipe mentions 60 ml of mesophylic culture I use 60 gram of this “milk”. As a test you can smell the milk in the glass. It will smell sour.

I use the frozen culture for 1 year and then I make a new batch. Probably it can be used longer but I want to be sure that the culture is working instead of throwing away 5 or 10 liters of milk.