Brewing beer at home: No Chill!

Let me start by saying that I am aware of the fact that many knowledgeable people will not agree with the next story. And I would not be surprised if they are right, and I am wrong. The next words are sort of my opinion which is not according to a lot of others.

Chilling the wort is a step in the beer making process that does not agree with me. I don’t like it! “In the beginning” I found out the hard way that the tap of my brewing kettle could come off for cleaning purposes. Unfortunately I did not know that and it accidentally came off while chilling the beer. That was the day that I learned how a kitchen floor of sticky boiling wort looks like. I was too upset to make a picture, which would be funny right now, but believe me, it was not a pretty sight. 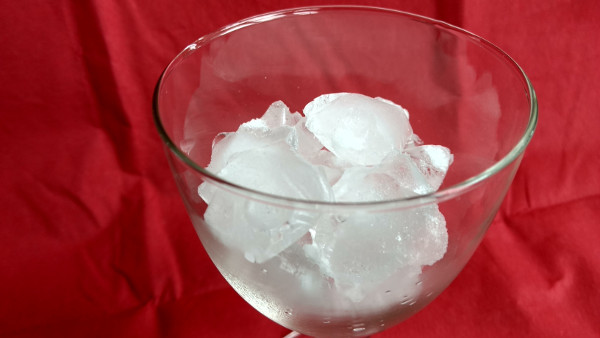 So the first impression was not a good one. After that I paid more attention and managed to use my tools in a proper way.

But still I had my doubts. One of the main reasons for chilling that is mentioned everywhere is to avoid infection with bacteria. This does not make sense to me at all. What could happen when I put the boiling wort directly in a container, close it, and let it cool down? The container would be sterilized by the heat. As a matter of fact; I believe that the chilling process can actually introduce infections. Just think about it: All the time that you are chilling, the wort is accessible by the outside world! And at a very likeable temperature as well!

The second argument mentioned in my books is maillard products. Nothing is really wrong with them, the only thing is that they produce colour. Well I don’t really mind if my beer is a bit darker than it should be. I am an amateur. 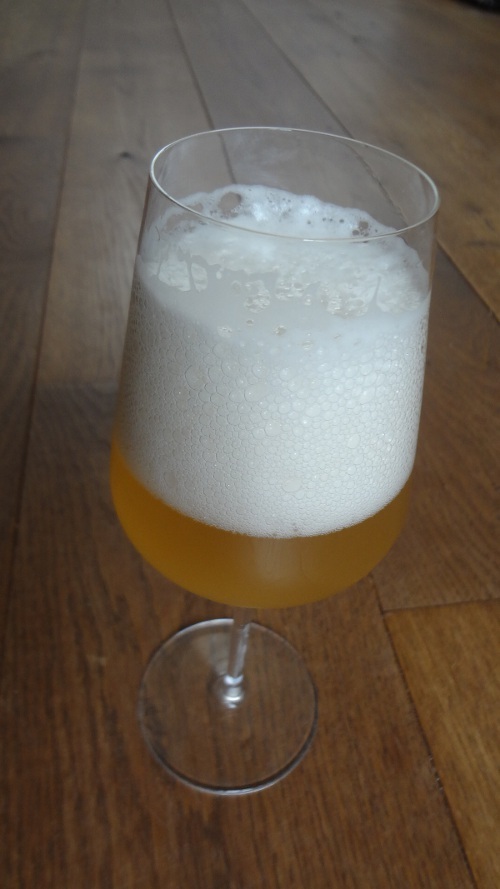 As you can see from the picture, but this is a non chilled white beer. Looks fine to me.

So, from my books I see no real downsides. Let’s check the internet!

Maybe not….. As usual you can find many people who have no problem at all and just as many who believe that it is impossible and that you will get incurable diseases if you dare to try it. I wish that somebody could invent a “Bullshit filter” for Google.

This site may be the one that I would recommend but that is only because it agrees with me. Let that be clear; I do not claim to have possession of the truth (If there is one.) I am just trying.

And that is what I have done. After thinking about the consequences I decided that there may be another issue: Hops! What would happen if they remain in hot wort for a longer time?

For the bittering hops I don’t see a problem. What would happen to them after 90 minutes boiling?

Aroma hops is probably a different story. When they are chilled the effect on the bitterness is limited but when they are not chilled they would add all their bitterness to the wort. I guess that that problem is solved when you remove them after boiling. However, there is a second problem. What about the aroma? Probably this will disappear. So aroma hops are a bit useless if you don’t change something. They don’t add bitterness and the aroma is also gone.

What I have done so far is replacing the last hop gift for a dry hop gift. Another option could be to boil the aroma hops separately the next day in a little water for 5 minutes (or what your recipe says) and then mix it with the cooled wort so it cools down instantly.

You can talk the talk, but have you walked the walk?

As you may have guessed I am not so fond of the internet. It is almost impossible to determine which information is useful or if somebody’s nephew heard it from somebody’s sisters friends brother etc..

In this case I can say that I have made 5 different beers without chilling them and I have not had a problem yet. At this moment I only see positive points:

I realize that making 5 different beers is not a lot but for me it is enough to say that I will not chill anymore.

Meer over: making beer at home
No Chill! - Leven in de Brouwerij